#1 by Hunter
This thread has been cloned from PlanetDescent.

Announcing Basewars Redux! Last year after finishing up on Silent Fury I decided to take another look at Basewars and thought it might be cool to make a new version of the level, designed specifically for single-player and multiplayer co-op. The original level was actually intended for teams mutliplayer (it has a red and blue base) but it was quite hard to get a full house. Although a few LAN games made use of Basewars as it was intended, it was rare to get full teams online. It ended up being more popular as a kind of 'co-op' level since it does have a lot of things to explore and destroy. 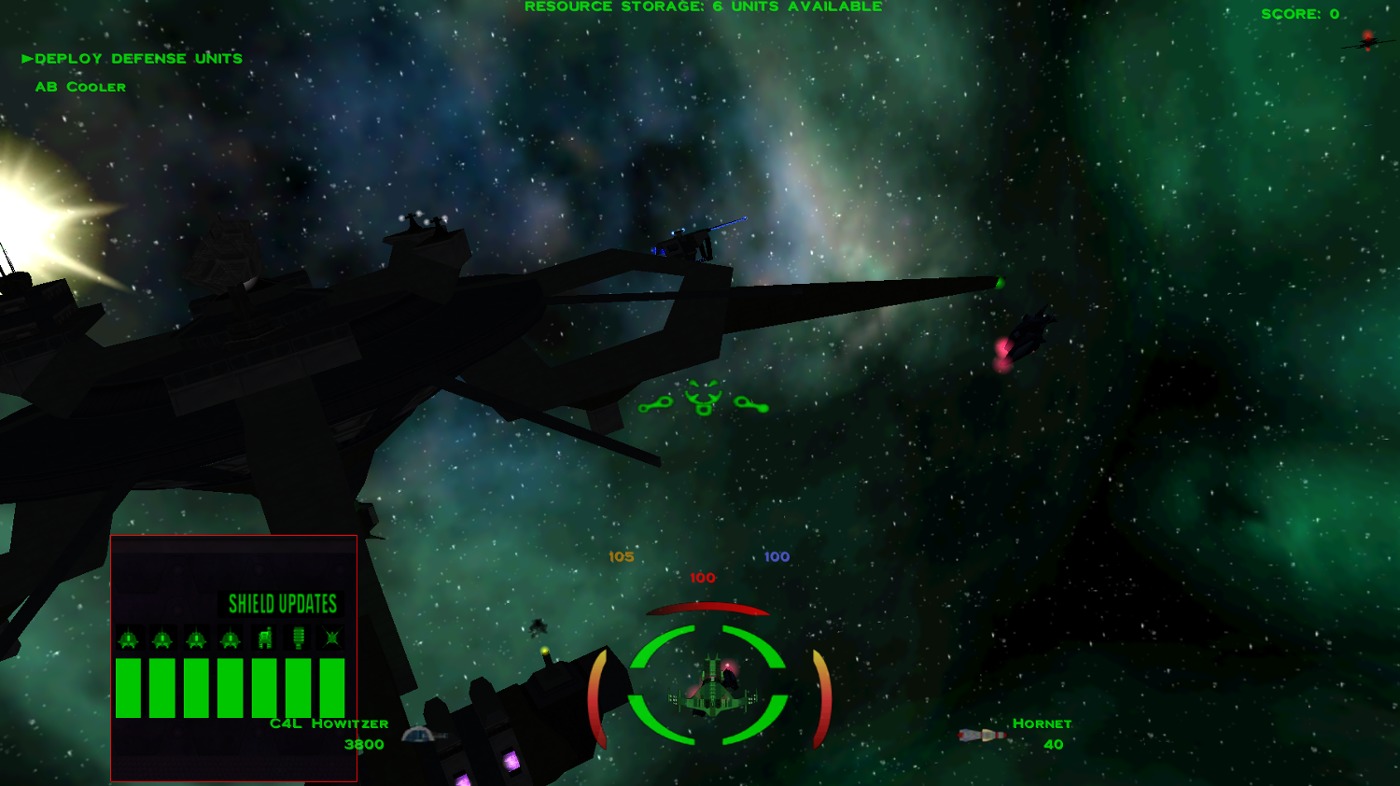 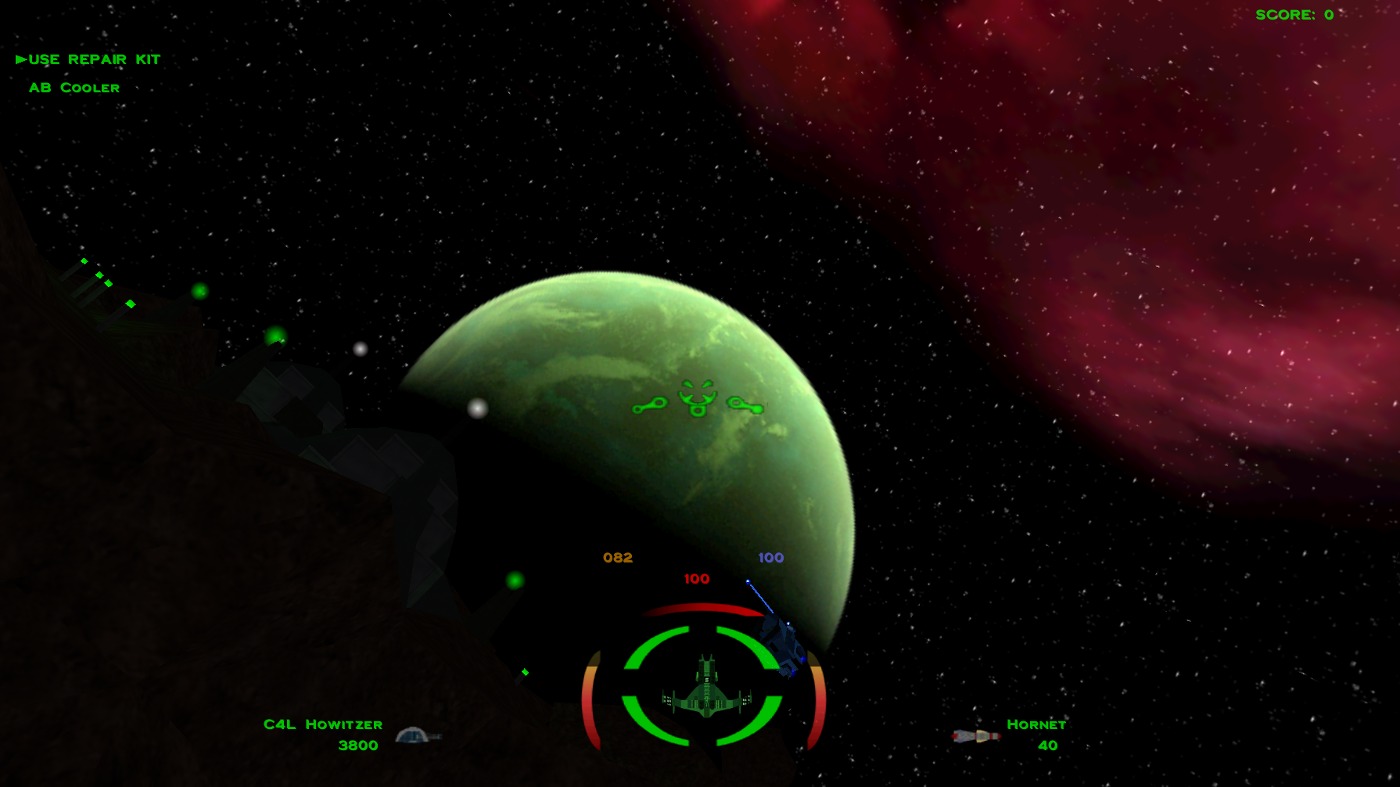 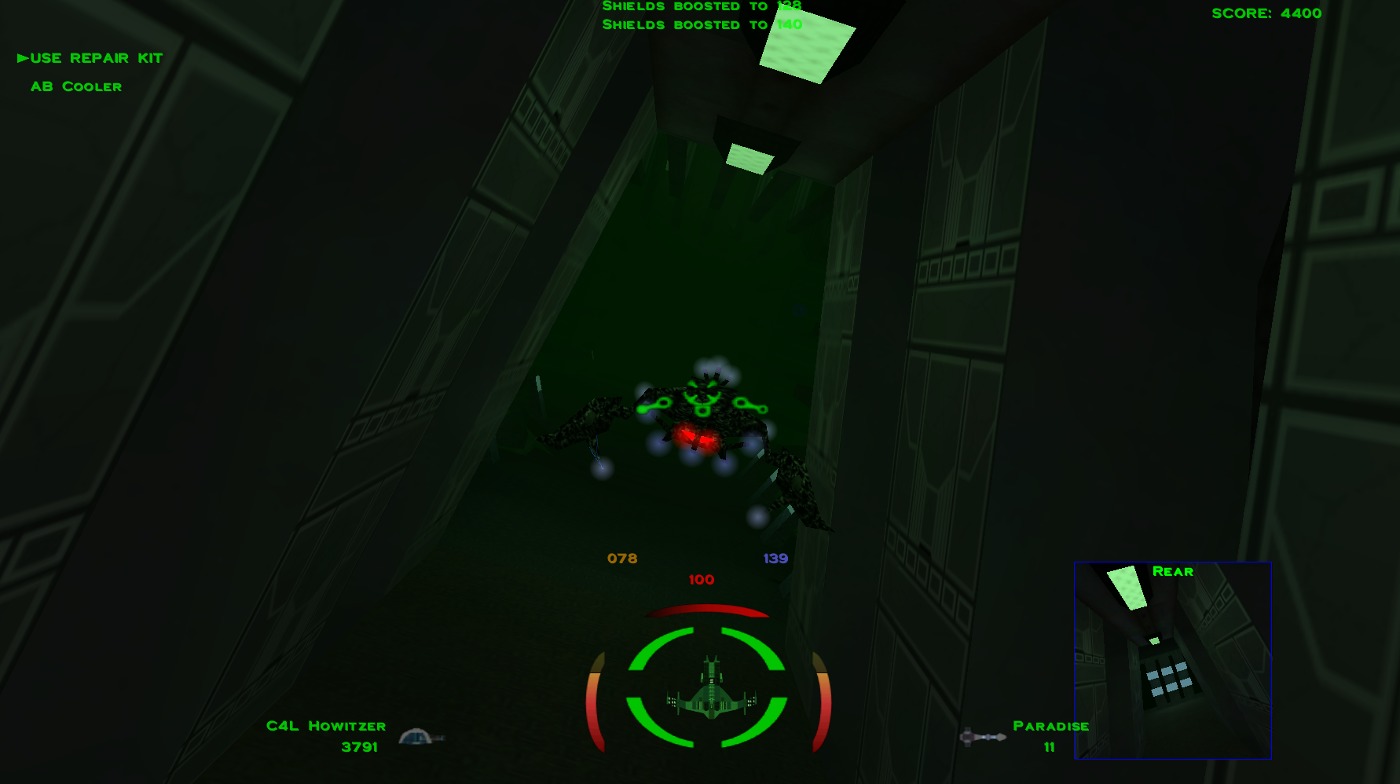 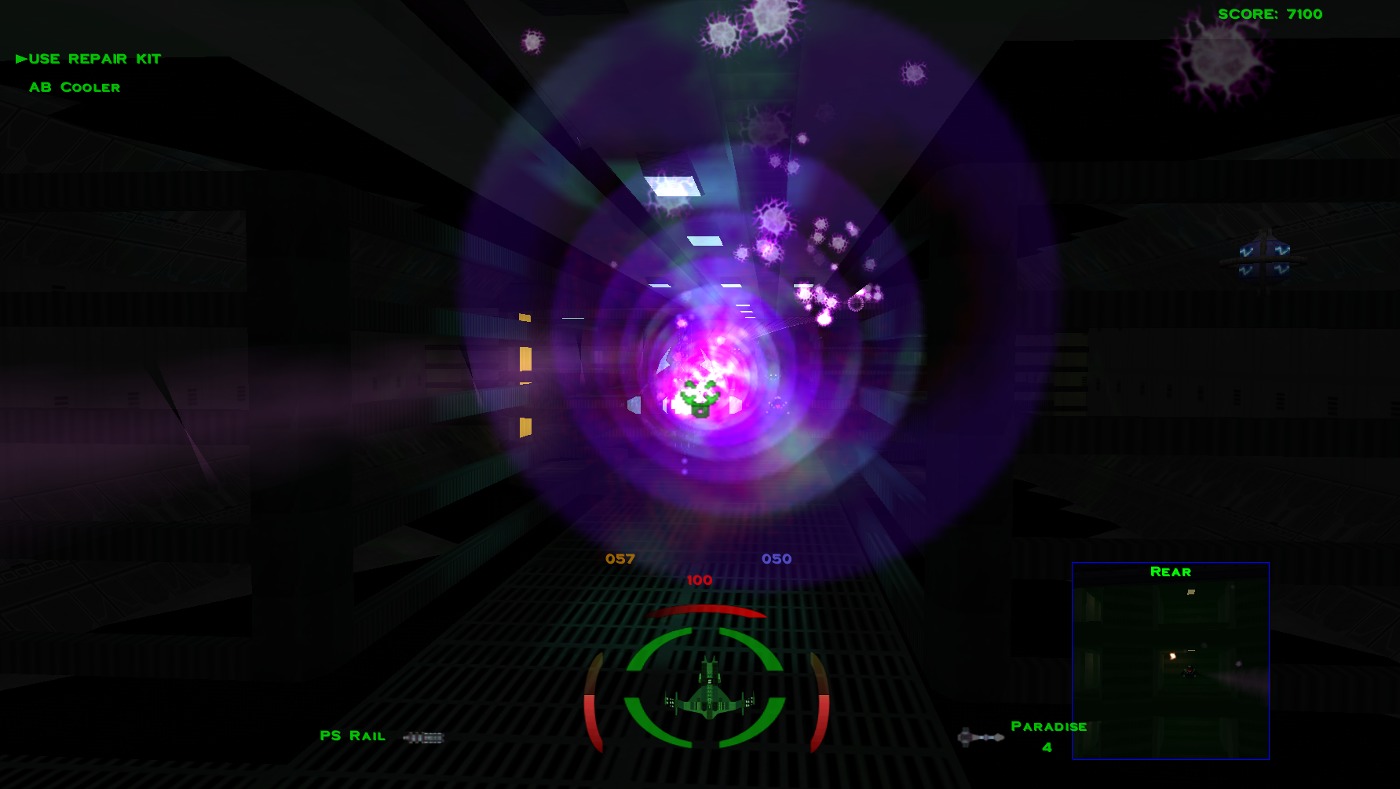 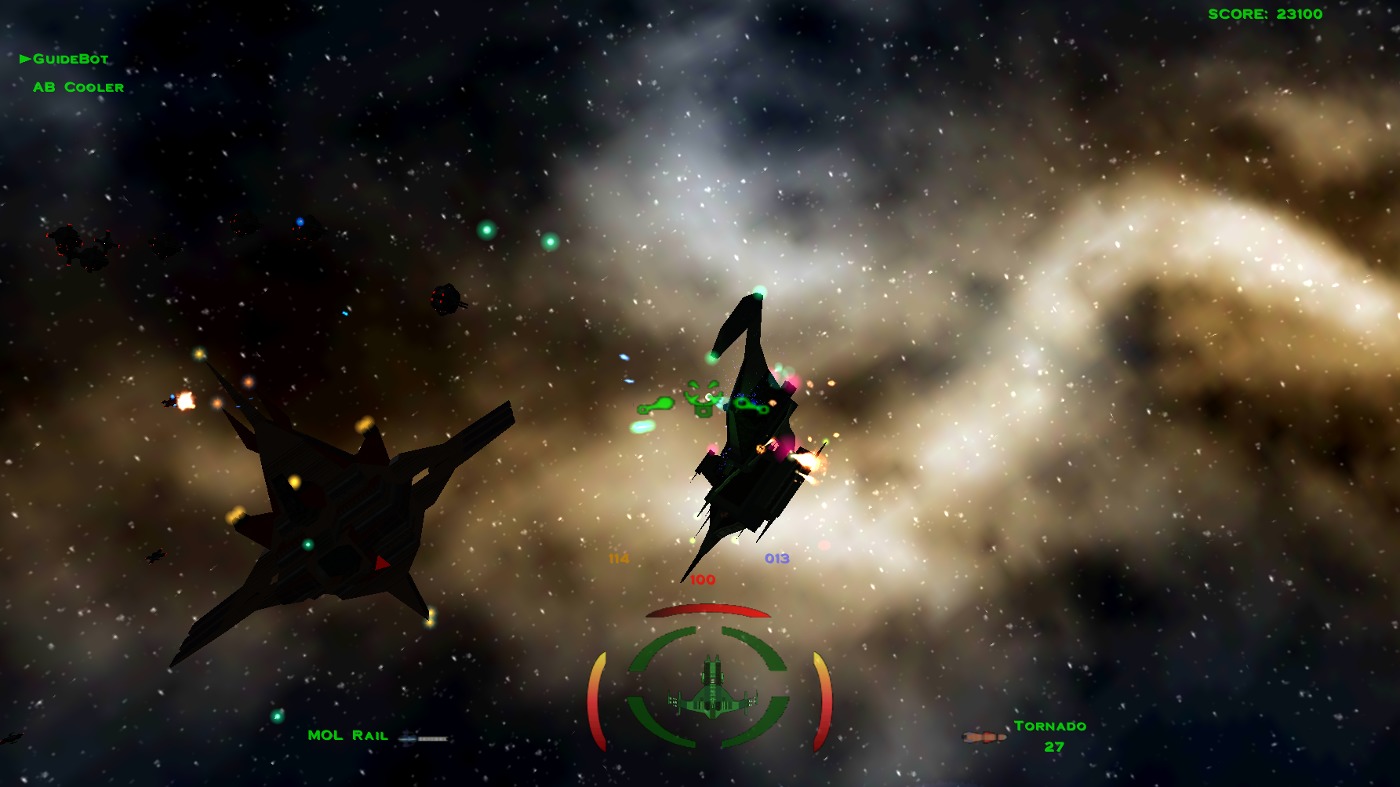 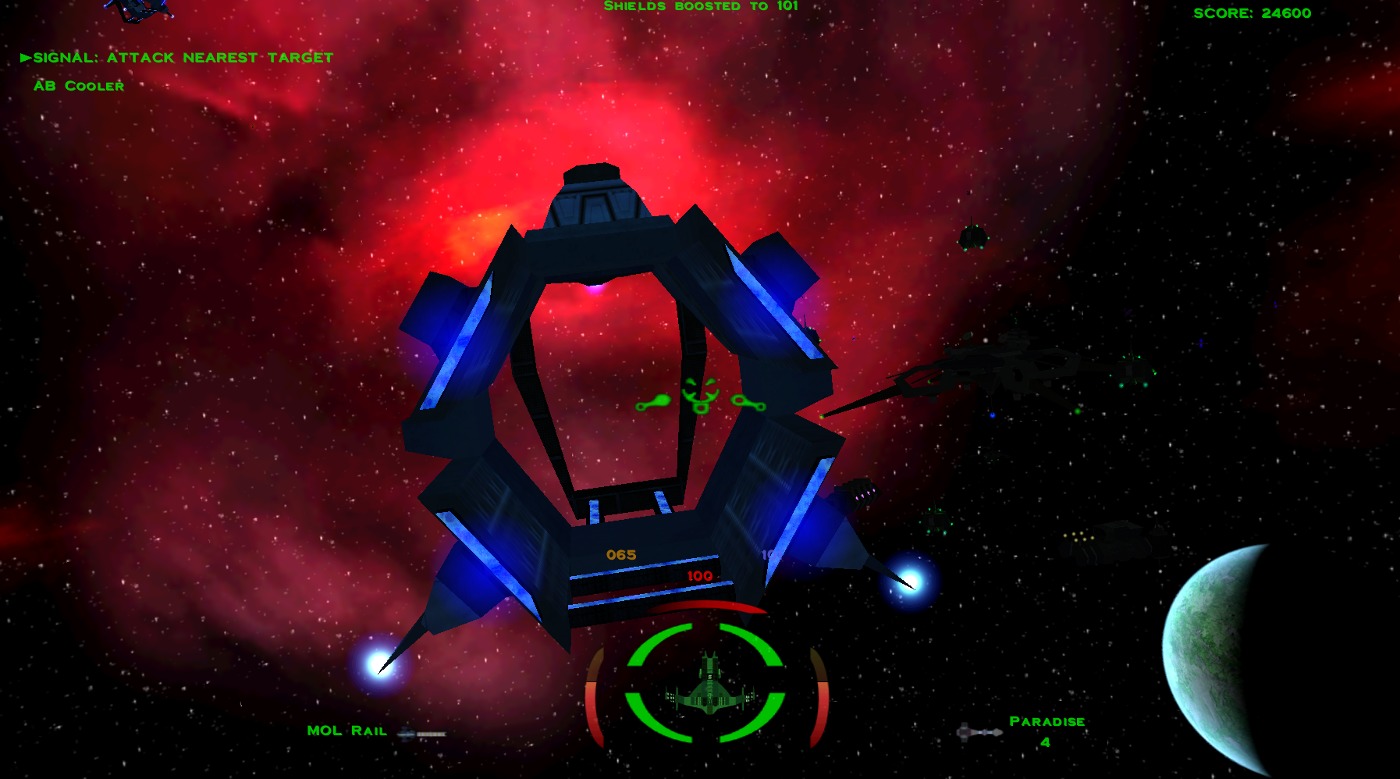 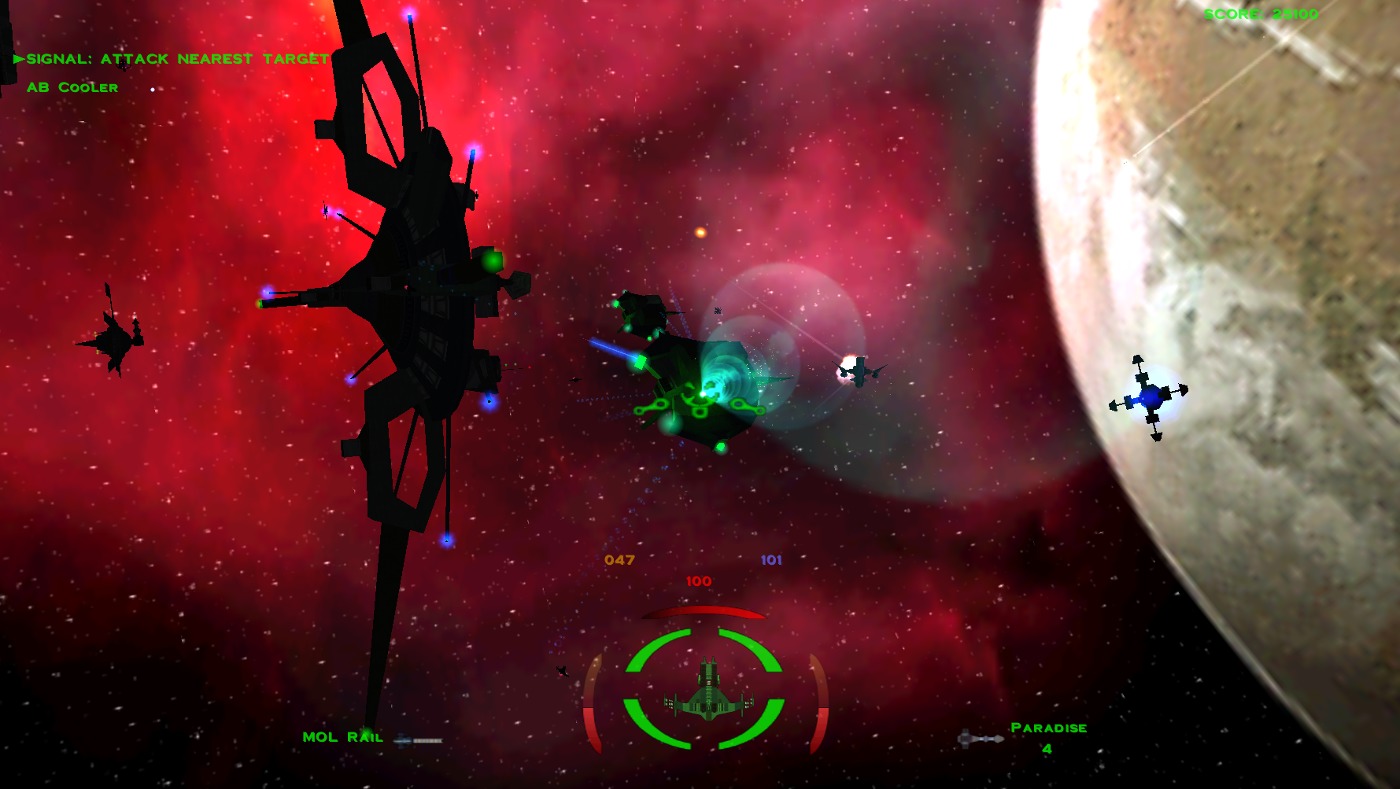 Well this 'redux' version of the level is something of a side project. At the core, the level is mostly the same but with some key differences on top:

* There is now only one player base - the other base has been replaced with an AI controlled team that will launch attacks on yours.
* The enemy units are procedurally generated and gradually get tougher as the level continues. This is a unique kind of scripting originally developed for an abandoned mod called 'Ground Control'.
* I've added a resource system that is used for the management of your base. You can collect resources by destroying certain enemies.
* You can launch defense units, which are basically friendly AI pilots that will defend your base while you're away.
* Using the resource system, you can use many more sentries than in the original Basewars
* A reinforcement team has been added which you can call when attacking the enemy base.
* A bonus objective unlocks additional reinforcements

The level comes with two difficulty modes which differ slightly depending on your play style. Trainee, Rookie and Hotshot are the standard mode which has a smaller enemy team, and attacks will be less frequent. This mode is more suitable if you want to explore the level. Ace and Insane are 'Hard Mode' which is self explanatory. Ofcourse D3 naturally adjusts the hitpoints and AI, but the mod itself also makes changes accordingly.

Redux is not an expanded version of Basewars (nor will there ever be one), it makes use of the original assets and just offers a different kind of gameplay from the original. This is not a big project, it's fairly small on the surface (which is why I never posted about it here before) - though the new scripting is quite extensive. I've also fixed a few bugs from the original level, re-balanced the weapons and enemies a little bit to match up with Silent Fury and be more suitable to single player. The music has also been extended to include 7 full length tracks. This version of the level does support Co-Op, but it's not entirely reliable.

If you liked the original Basewars, you may like this too. I'll release a video showing how everything works soon.
This may not be the final release version - The level has been tested a lot (Scyphi helped a bit there) but it's possible I've overlooked something.


Any questions just let me know

Re: Side project release: A re-imagined Basewars

#2 by Hunter
The level has been updated with some important fixes and minor changes! Here are the patch notes:

* Improvements to dedicated server support (The first wave will no longer start until a player joins).
* Ambient station sounds now correctly play for all players in multiplayer.
* Music switches now occur after changing systems or entering the asteroid base.
* The 'Reinforcements' item should now always respawn in multiplayer, and can be used by all players.
* The deployment position of the base defenders has been changed to the Silo (to prevent getting stuck in the exit)
* A new pop-up camera has been added that will show the shield status screen to all players.
* A basic briefing has been added to the level, along with some primary and secondary goals.
* The asteroid base is now open at all times, except for the door to the Drone Boss.
* The Drone Guardian and Drone Boss now correctly respawn after some minutes, instead of instantly.
* Sometimes it was possible to break the whole level with the asteroid base, this has been fixed.
* Large NPCs have been fitted with new custom turrets (from Silent Fury) which are also destroyable.
* The Drone Guardian now spawns outside of the alcove, making it easier to find.
* Removed obsolete scripts and rooms originally designed for the blue team players.
* Planet textures have been re-done - also some lighting fixes to the level as a whole.
* Fixed a level breaking bug relating to the resource system.
* Added some extra loot matcens to the asteroid base and Gemini temple
* Fixed an NPC missile glitch that occured on dedicated servers
* A few tweaks and fixes here and there to the NPC loadouts
The Expanse. Watch it!
2 posts
Post Reply

Users browsing this forum: No registered users and 4 guests